Perfect high-performance stretch-hooder machines meet the high demands set by our customers for a comprehensive pallet load securing system. We are familiar with the task of the hauler handling bags of bulk goods worldwide in the form of ship freight in containers, by rail, in trucks and intermediate storage – and bringing them safely to their destination.

The solution: The perfect stretch with stretch hooder, our HSA-Vario. The sturdy, weatherproof hood secures the load unit consisting of several bag layers as a whole. This additional load stability is maintained even with frequent transshipment.

How our stretch-hooder packaging machines work

Films of all kinds are employed on HSAVario. The interaction of the stretch arms in the coordinate system results in optimum stretch results for different loads. Employment of the optimal operation line prevents overstretching, avoids stress peaks and allows uniform strength distribution of the stretched film over the entire pallet load. A contour hood stretching process developed by Möllers Group also matches the film to non-geometric shapes of the respective load.

Visually, the stretch hood technology impresses with further advantages: smooth side surfaces and transparent films allow a good view of the packaged goods – for example, for load inspection. The HSA-Vario can use films with the highest stretchability and achieves the desired strength in both horizontal and vertical directions even with thin films.

Procedure of the stretch hooding

HSA-Vario with its patent-pending end-offilm ejector device enables automatic film change while the machine is running. The change of the film roll and the removal of the film end take place outside the hazardous area of the machine and simplify maintenance work – downtime is eliminated. 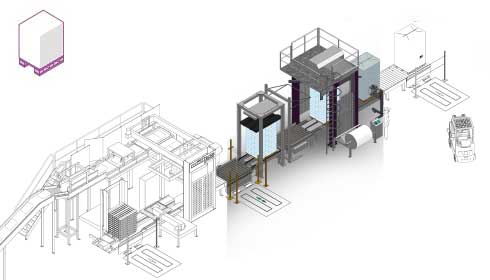 Our stretch hood machine utilizes the restoring forces of the film in order to bond pallet and load tightly and securely with each other. 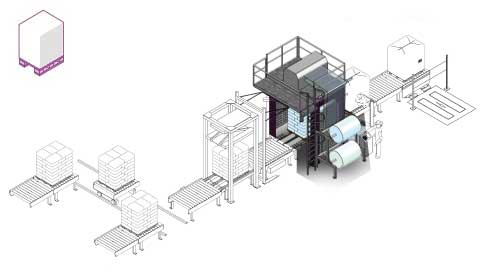